About what was left behind and what is still to come

The girl had left. Some would say she was like that, impetuous as a rocket, but most people just woke up one morning to the fact the she wasn’t there anymore. Previously she would spend the summer afternoons trying out the shoes her mother would lay out by the window to sunbathe and eating candy under the kitchen table. Now there was no place to find her.

No one knows for sure how it happened, but it is told that it all was staged in a Monday morning. She was naked, had just left the shower. The steam would numb the air, making it almost too hard to breath. The blurry mirror in the bathroom would make drawings and turn her face into fantasy. It was in that precise moment, when she wondered who that girl in the mirror could be, because that wasn’t herself anymore, that metallic wings grew out of her back. They were white and blue, had two meters spread and made her fly. The girl tried to resist, she didn’t want to go, she wished she could stay under the kitchen table, feel the warmth of her mother’s kiss before bed time, but she realized it was impossible to avoid the unavoidable. Those wings flapped eagerly, flew away and took the girl with them.

And then she flew.  In the instant she felt her feet leaving the ground, she forgot for a moment that she had ever known the ground. And there she went, to encounter the world. She saw light and shadow, green and magenta, colour and black and white. She cruised lands never before imagined even by her most fantastic dreams, but which would remind her all the time about the house that she left behind, the infant’s feet and the chocolate milk.

Finally one day the wings landed. Far, far away from where the journey had once begun. The girl looked down, searching for her child’s legs but what she found were woman’s legs. And now what?

She would look backwards and see far in the distance what was beginning to become evermore irreversible. She would look forward and know that she could it all.

Yes, she came back home many times, to be kissed warmly by her mother. But the girl from that Monday morning was never to be seen again. 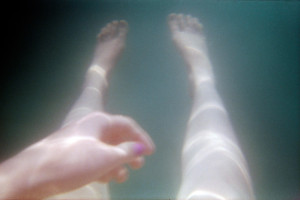 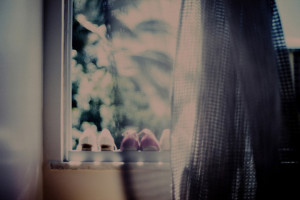