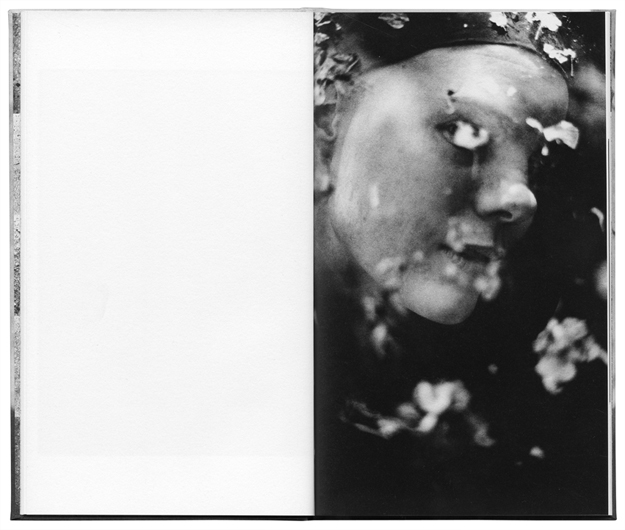 The eyes of the forest

They’ve always taught her avoid the dangers of the darkness. They used to tell her that wild beasts and dangerous monsters lived there. That not everything is what it seems to be and that it is in that precise moment that we come across the stories known only by ourselves and which will be forever lost in the shadows. She was aware of all of that, however she wanted to meet the forest. She needed to meet the forest.

It was cold and the wet leaves, which had fallen by the previous season, were pilling at the bottom of her shoes. The snow had just started to fall down and the felling of the small snowflakes against her face would remind her of drizzle that morning, but it was colder and nicer now. The woods smelled like the night and the nocturnal animals started the melody of the dawn.

Have she ever been there before? Everything seemed different. The trees had new shapes, like little witches capable of the most amazing spells. She would talk to the trees and they would talk back to her. I wish I were bewitched. Everything has its own time, my darling.

Suddenly she saw them. Yellow eyes were watching her. They were big sad yellow eyes. She couldn’t tell whom they belonged to but she wished those eyes could smile. She walked upon them and at that moment she understood what the grown ups were warning her about.

At the beginning it all seemed like a lie, but soon it all became the only true. She could see in those eyes everything that built her the way she was. She wanted to leave, but she didn’t. She stood there, staring at them. She dreamed about everything she ever wished she was and had never been nor would ever become. She closed her eyes. When she opened them again, though, the yellow ones were still there, fearless.

She wished she had never come.

Machiel (26 de fevereiro de 2012)
Well, I am glad you did! Glad you came. All text here are very unique, they make me curious.

Daniel (27 de fevereiro de 2012)
I wanted to read more! Did she change her mind, after all? Was the risk worth it?

Machiel (29 de março de 2012)
The hawk’s yellow eyes were nice to him. Mysterious and strange, yes. But also with Helena’s power of seeing over.
Around the time of the story in the book, I was about 10 years old and I had a treehut high up in a tree on a hill. They were actually two connected trees growing close to each other. I had to climb one tree and halfway up kind of jump to the other, after which I could continue to the top. In the very top I had first built a triangle with wooden beams, tying them fixed to the tree. On the beams I had made a plateau with planks, which I nailed to the beams. The plateau’s size was big enough for me to stretch out on my back, and I could still invite my friend to stretch out next to me.
From there one looked upon the forest. Which could be moving with the wind, or be still without it. My treehut was higher than anything, because my tree stood on a hill. I liked most to watch the birds fly over the forest, the pigeons in straight lines, white and grey on green. The crows always changing their path, black on green. Sometimes a bird of prey would shoot out from below, make an impossible movement and dive back into the green, leaving behind a brownish or blue-grey impression on the green.
On clear days I could see the dunes and knew the sea was not far away. I would sit there for hours, just watching. Sometimes a bird would visit, balancing on the thinner branches, looking at me. Pigeons mostly. But they never stayed long.
We lived on the edge of that forest. Mother, brother, me. The forest was our playground, the treehuts were the extensions of our house. My older brother had one too, on another hill even closer to the house. I was not very welcome in his treehut. He wasn’t in mine. My mother once tried to climb up in mine, but could not do the jump from the first to the second tree. She got angry and told me to find a different tree to build a hut. It must have been summer because through the leaves she could not see my hut was already finished it all its glory.
Up there, on top of that enormous moving green roof, up there I was seeing over.